Twenty years or so ago, while I was a young lad studying polymer engineering at MIT, it seemed that the industry involving high-volume production of innovative consumer products could be summarized as follows:

Europeans were dealing with the creation of a European community (including a unified currency and a free movement of people across countries), producing great wine and sitting down at a table to eat for 2h13min on an average a day (at least in France, according to the latest statistics). All the while, the Americans continued to take advantage of advances in manufacturing and in the electronic field.

Get your copy of "The Evolution of Hardware Now and Beyond" 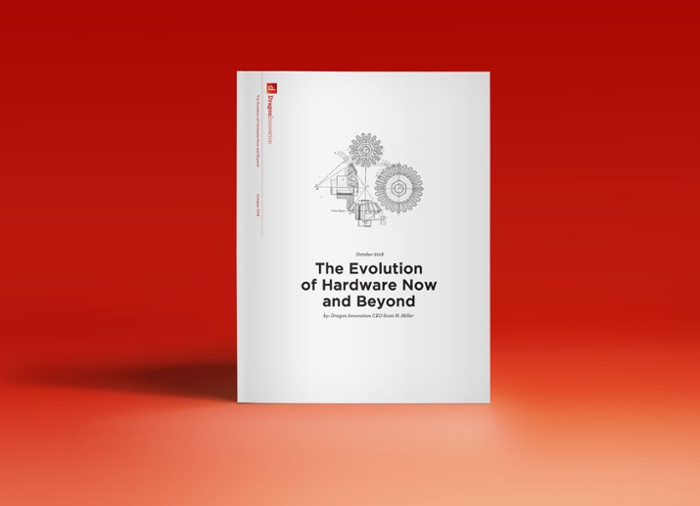 (This is of course not a complete picture, but the view someone based in Europe or North America would have when involved with this industry.)

Fast forward to 2019, the data reveals that even though a lot of investment is still happening in the USA, the rate of change in investment is greater in Europe. This becomes evident when you realize that, encouraged by La French Tech association, there were more French start-ups in Las Vegas than American ones (I guess all these paper-napkin sketches drawn during two hours a day of creative brainstorming stimulated by a glass of great wine are starting to pay off!). There were also good representations of the Italian and Dutch startups for as well.

Unsurprisingly, French startups were also present in a majority at Vivatech in Paris (another place where hardware startups have the opportunity to gather and present their innovative products). And again at the IFA in Berlin, the French hardware startups were the majority (see Figure 1 below). While one can expect the French to be present, we could have expected the IFA to be more of a display of German creativity and innovation.

Figure 1. Pareto of the number of hardware startups present at IFA 2019

Of course, there is a political decision to position France as another "Innovation Nation". But I kept wondering why so few German hardware startups are present at these consumer hardware shows. My educated guess is that the following four causes are at play:

These four reasons may not be the only ones as to why less German companies are exhibiting at the CES, Vivatech and IFA, but they certainly play a significant role. They also explain why – as an expert in New Product Introduction (NPI) and in manufacturing, focused on helping teams go from prototype to mass production – I find my list of customers and leads disproportionately in France and in Great Britain.

Do you agree? Send your comments or thoughts to help@dragoninnovation.com

Get one-on-one help from a manufacturing expert. We’d love to speak with you.

Crowdfunding 101 – it's hard. Getting people to put down their credit card is tough for established retailers, let alone...

END_OF_DOCUMENT_TOKEN_TO_BE_REPLACED

Domestic Manufacturing: Why Europe (the EU) is again a viable option

For years, manufacturing in countries like China seemed like a foregone conclusion for anyone with an eye for the bottom...

END_OF_DOCUMENT_TOKEN_TO_BE_REPLACED

As you may have heard already, building hardware is hard. To help companies understand (and avoid) the common pitfalls...

END_OF_DOCUMENT_TOKEN_TO_BE_REPLACED

Our Customers Our Team FAQ